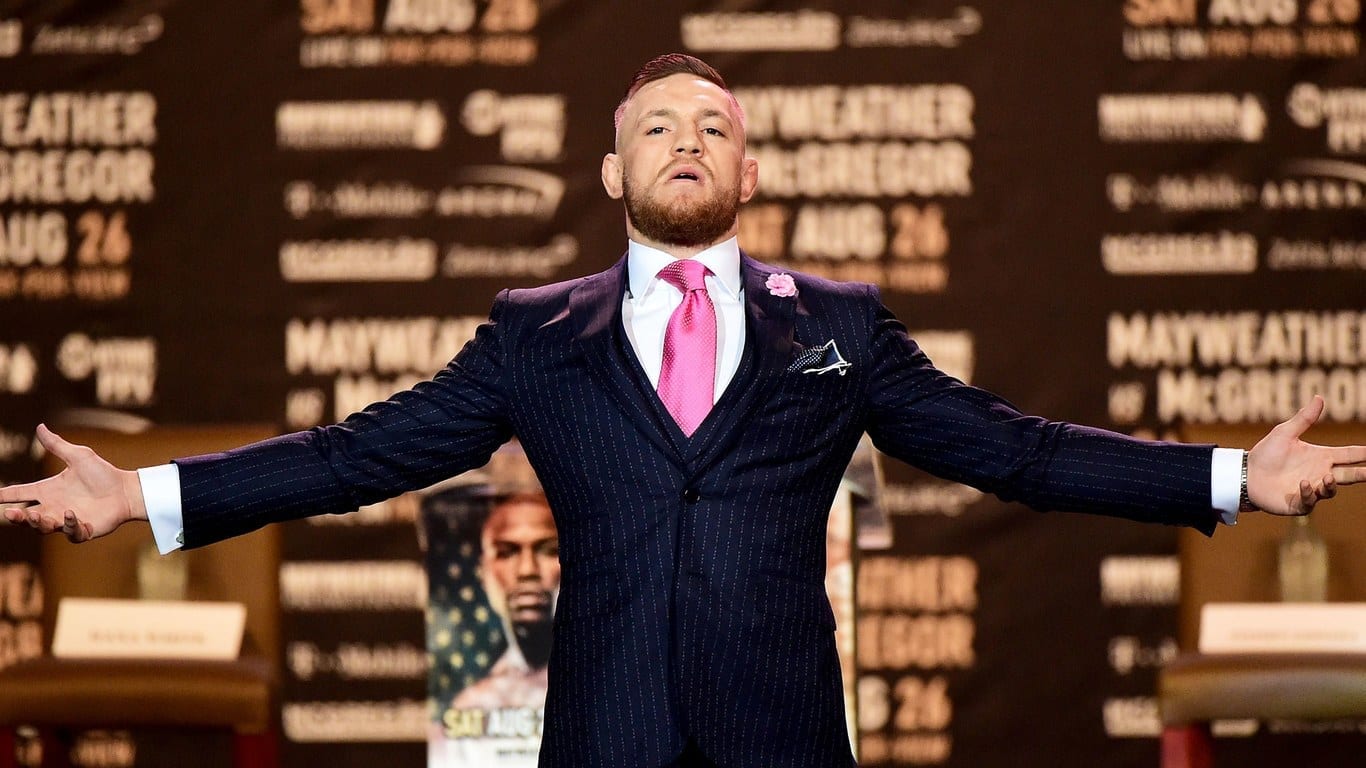 Conor McGregor may be best known for his fighting, but the UFC champion has another skills: dressing like a boss. The Irishman’s outfits are indeed just as killer as his moves, which is why many men are looking to him for fashion ideas and advice. In this article, we’ve rounded up McGregor’s best looks for you to channel.  Those sleek three-piece suits look will have you looking both tough and on-trend in no time at all.

Smart tailoring is a key aspect of Conor McGregor’s iconic style. The superstar fighter is regularly seen sporting sleek and stylish suits for an array of events. In particular, he often chooses to don classic three-piece designs, which include a waistcoat. When it comes to colours, grey and blues are some of his favourite hues, but he’s not afraid to rock a print either, such as cool checks or sharp stripes.

The best way to follow Conor McGregor’s sharp style is to invest in a tailored or bespoke blue suit or two. Be it rich navy or a midnight hue, blue suits are a McGregor favourite. To rock one like Conor himself, team your blue suit with a white shirt. Then, add a tie and pocket square in either a matching blue tone or a highlight colour, like pink. 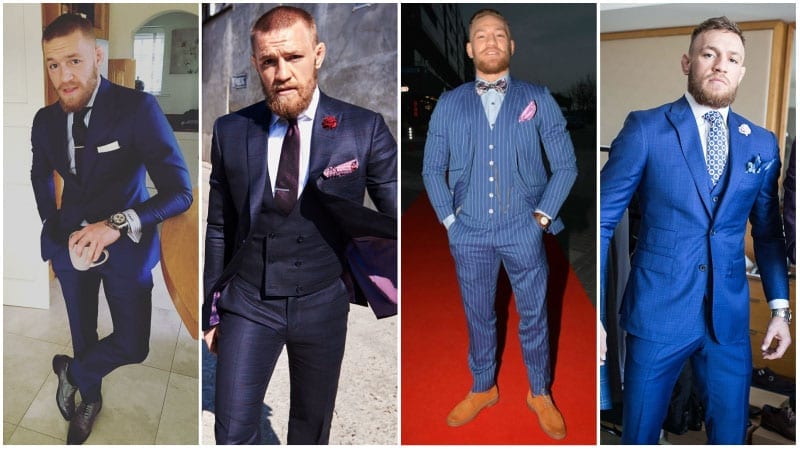 Grey is another suit colour that McGregor often dons, and it’s one you can easily rock too. Thanks to the vast variety of tones available, grey suits can look great on all gents. All you need to do is find the shade that’s right for you. Then, make like McGregor and team your grey suit with a white, pink or baby blue shirt for a seriously stylish look. 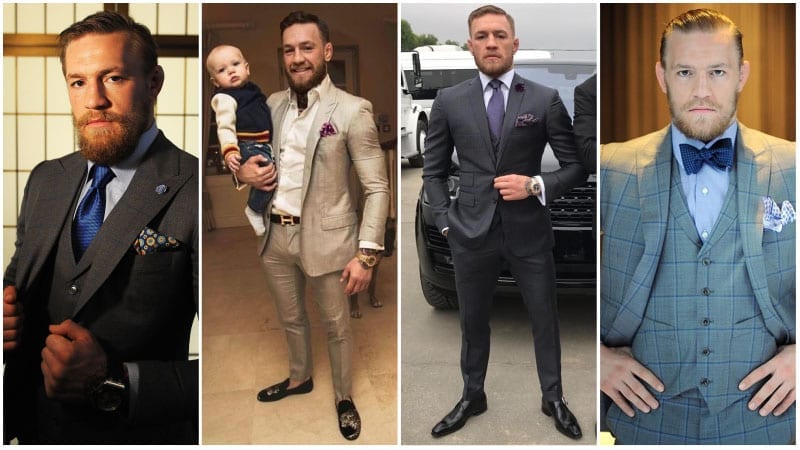 While Conor McGregor’s style is always slick, it can also be quite bold. A perfect match for his strong personality, eye-catching and exciting ensembles are a McGregor favourite. For an easy way to channel his adventurous style, try rocking a check suit. Whether it is in maroon, grey, blue or salmon colour, a check suit will instantly add a touch of McGregor flair to any formal look. 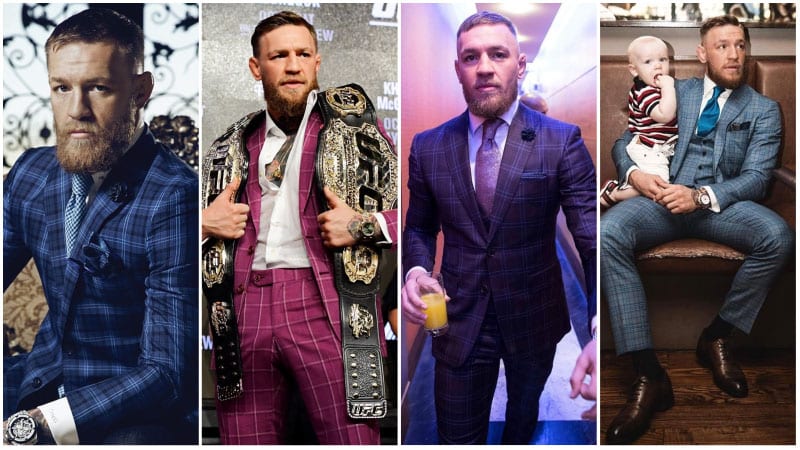 As one of the world’s biggest sporting stars, Conor McGregor is invited to the world’s biggest parties, many of which require him to dress to the nines. For such occasions, Conor often rocks a tuxedo. To wear a tux like the UFC star, try choosing a two- or three-piece design in classic black or bold maroon. Also, ensure the fit is on point by visiting a tailor before the big event. 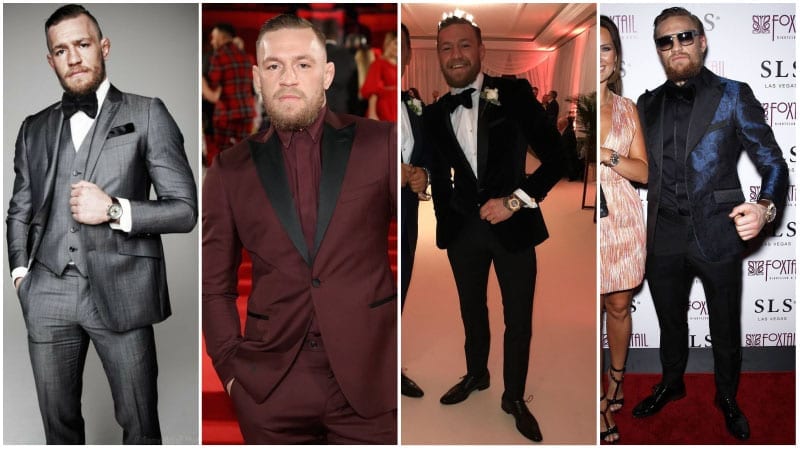 Custom clothing seems to be trending at all levels, yet this is nothing new for the suit industry. Topping off the charts at the highest level of sophistication, comfort, and fit is the bespoke suit in Mens Fashion. The experience of designing a bespoke suit A top reason to make your suit bespoke is for

Bangkok’s rainy season has begun, it’s time to think about what you will do to keep your custom suit in shape. This is especially important if you’ve opted for a fine fabric such as mohair or a cashmere blend. The most obvious advice for suit protection during rainy season is: always bring an umbrella! Don’t consider the umbrella just a tool, though; treat it as

We were missing the grand celebration, after the OSCARS award ended few months back. We were missing the flashy suits, camera flashes and the red carpet celebration. But then came the glitz and glam in May. Our favorite celebs and people in the world of entertainment mesmerized us at the MET GALA, New York glorified