All about the Linen Suit - Universal Tailor 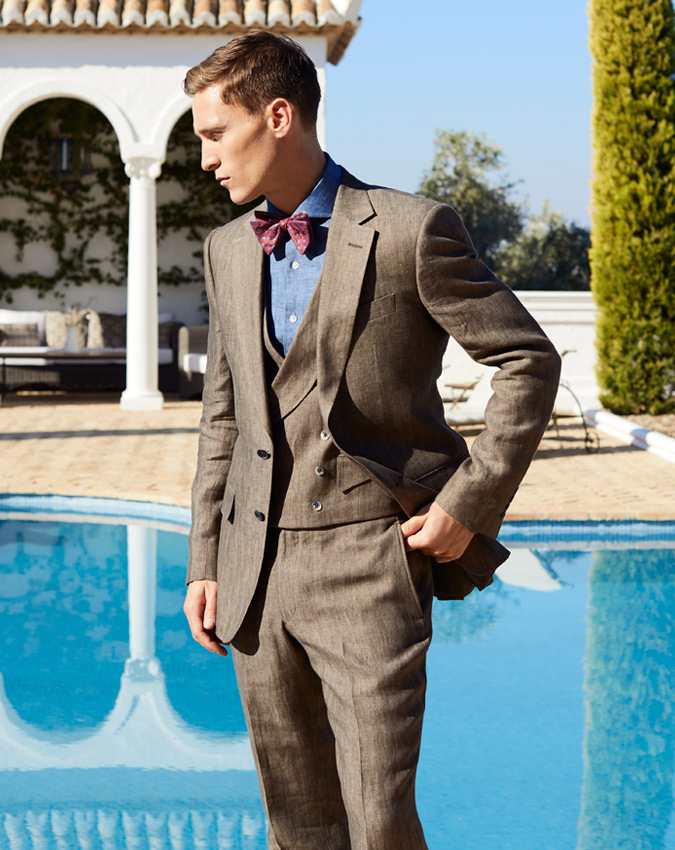 For the unkown, linen is a natural fibre that comes from the flax plant, the name having derived from the Latin name of the plant. Before the advancement of man-made fibres, linen was often used as the inner layer of expensive garments, which is the  lining.

It’s maybe the ultimate warm-weather fabric but not a popular one.

Good quality linen isn’t necessarily lightweight, but its low thread count makes it cooler than cotton while it’s also said to be 30 per cent stronger than its summer fabric rival.

Although a high-quality linen suit will feel rougher than a new cotton or wool suit it does get softer over time and is conveniently hypoallergenic, so it doesn’t have to be aired out after dry cleaning like a wool suit.

The major issue with linen is of course how easily it creases, but thats the charm of the fabric.

Simply put, linen is for confident dressers. If you are worried about creasing or just looking for something a little more refined, consider a blend of linen with wool and silk.

What To Look For In A Linen Suit

A linen suit should be only partially or half lined. Side pockets should be less bulky than a traditional suit and make sure the trousers are unlined. It’s also worth considering an unstructured style as this will have less bulk, but they can be a little shapeless.”

Formal. While linen is naturally more casual than other suit fabrics, it’s still a smart replacement for your wool suits around the office.Avoid pairing a linen suit with a linen shirt though. The elegantly crumpled texture of linen looks far superior and calculated when put alongside a crisp cotton shirt for contrasting texture. 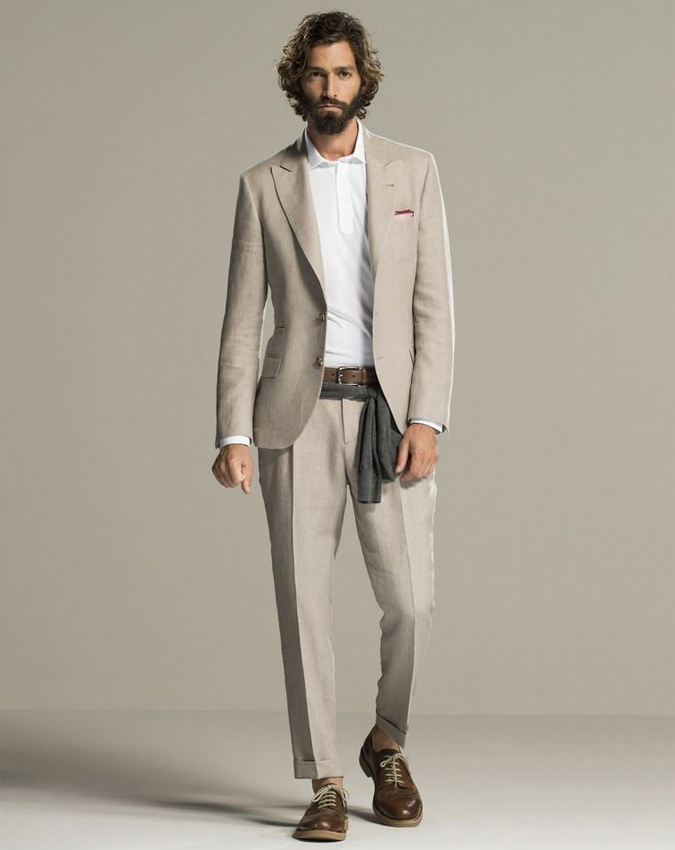 Casual. It doesn’t get more casual than a T-shirt but if you’re going to attempt the once-unthinkable and pair your tailoring with one it’s best to play it neutral with the colour. A white or grey tee works best in summer and allows you to play it up with the colour of your tailoring, while a black tee with a bottle green suit is a deadly combo for a night out. Keep the minimalism and rule-breaking in your footwear by tossing the dress shoes and slipping a slick pair of white calf-skin trainers on instead. 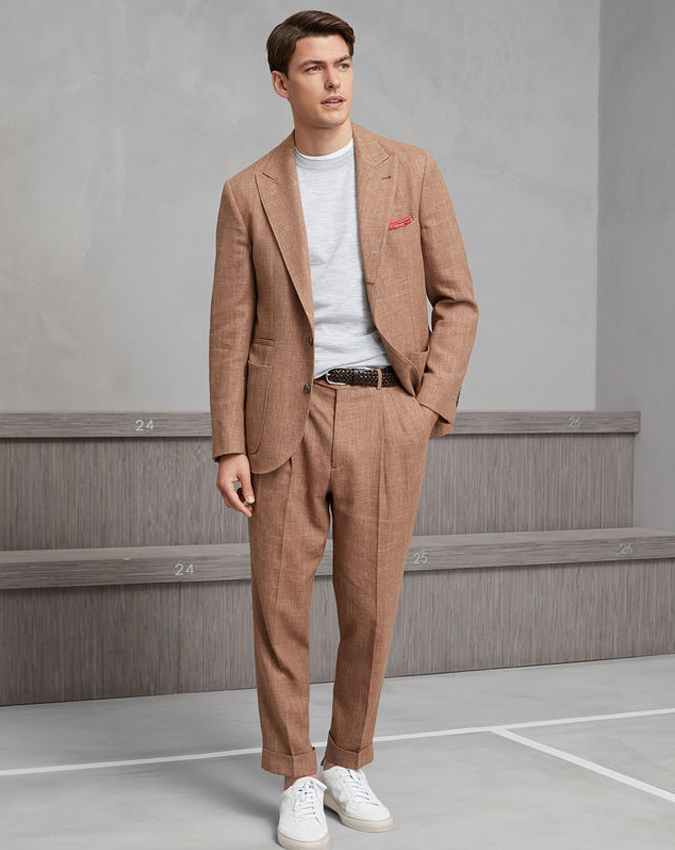 Windowpane pattern are thin/slim lines that cross like squares/rectangle on fabrics. It is an ongoing trend and have been making their way into suits at Italian labels and at bespoke tailors too. Windowpane can be the contender for the most perfect suit patterns. Windowpane pattern beefs up the slim guy, makes the thin guys look

Guide to get a custom made suit

The 90s was a turning point in bespoke clothing. Big retail brands began offering made-to-measure suits in their boutiques. Led by brands like Ermenegildo Zegna, bespoke services became more accessible. The meaning of bespoke suit Context is needed to understand how clothing is made from scratch. There are generally three types of clothing. The first